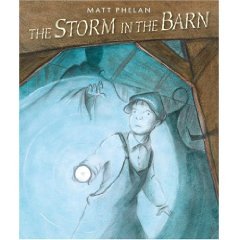 Congratulations to Matt Phelan:  I am a huge fan of this book and am delighted it won.

I have to admit I’m not much for resolutions of the New Year’s sort.  Goal-setting and other such activities are hell for me.  This is because the moment I set a goal I obsess and become overly preoccupied with achieving it.

For example, in my thirties I was a competitive runner.  It was my first positive experience with a sport and I enjoyed it tremendously. I loved being part of a track club and when racing went well it was exhilarating ; however, after a while I became far too anxious about doing the right amount of weekly mileage, participating in speed and track workouts, and so forth.  Eventually injuries forced some temporary suspensions and I quit running to compete to running for my own enjoyment. Since then I’ve run regularly, but love not worrying about time or distance.

And then there was Weight Watchers.  I had a rough time of it after 9/11; months of sleeplessness and weigh gain happened and so I joined Weight Watchers.  After reaching my goal I stayed on for a few more years, but finally quit and, even though I’ve gained some of it back, do not want to return if I can avoid it.  I experienced the same sort of anxiety I’d had with running — what would happen at my weekly weighing?  What about that dessert I’d had? I couldn’t stand being so preoccupied about everything that went into my mouth.

My school used to require us teachers to set goals and it made me incredibly anxious — I took the whole exercise more seriously than my colleagues and worried all year about what might happen if I hadn’t succeed with some goal or other.

Because of this I’ve not been one for New Year’s resolutions.  I’ve got a few vague ideas of what I’d like to do this coming year, but I’m not writing them here because if they don’t happen in 2010, that is just fine.  They will either happen in 2011 or maybe they aren’t meant to happen.  That said I do like Laura Miller’s suggestion to read a book in 2010 that you think you will hate.   Now I have to admit I often do this because I make an effort to read many new books for children and some of them are books that don’t look like ones I’ll like. And sometimes that is the case and sometimes it is not.  So here is the best I can do resolution-wise  — try to make more of an effort to read more books I don’t think I’ll like.

And I should say that I do have some deadlines and such — say a book revision — and I will make them, not to worry, editor and agent. I may get anxious about them, but I always meet deadlines like this. In fact, these sort don’t bother me at all. It is the self-imposed ones that do.